I had to go back to Binghamton this weekend to help assemble a garage with my family so I got out fairly early on Thursday to do some East Branch Perkiomen fishing.  I managed two smallmouth, a largemouth, and a bunch of panfish.  It felt good to be out again after a couple week hiatus from the long rod.  I tried a new foam beetle pattern that the panfish loved, but the larger fish were avoiding it.  Eventually, I switched to my trusty woolly bugger to pull in the bass. I had quite a few other decent hits but I managed to not land the fish. 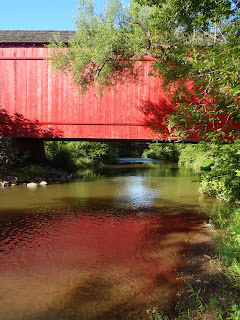 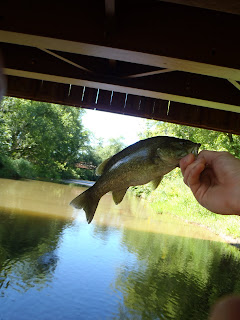 Troll under the bridge 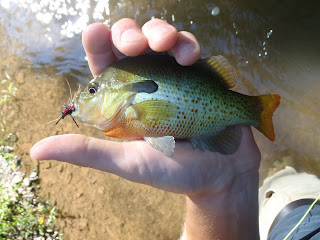 Big longear on the surface

Once I was home on Friday, I had some time so I hit up the Chenango River to see if I could get a few more smallies or even a walleye.  The spot I decided on required me to hike a few hundred feet through a stunning, 6 foot high, field of purple flowers. After arriving at the gravel pit and throwing a few casts out, I didn't like the clarity and moved down stream some.  This caused me to have to bush whack through some thick bamboo and driftwood.  Once making it out the other side I looked down and saw....

*Side story*  Two weeks ago Jackie and I were 1.5 miles upstream from the aforementioned location with her dog (aka my fishing partner).  We threw a toy in the river for him while this normally water loving dog refused to fetch it.  We watched the toy float slowly down stream while we could do nothing to retrieve it. *End of side story*

....THE SAME TOY WE LOST!!  While I was slightly excited to save 8 dollars, I was much more taken back that the toy beached itself in the spot, on the same side of the river, where I had happened to be meandering along two weeks later.  It must have been fate.  I cleaned it up and its as good as a moderately used dog toy that has been soaking in river water for two weeks... but it smells a little better. 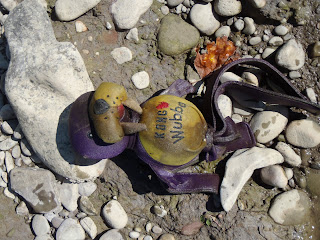 Waiting for a ride home 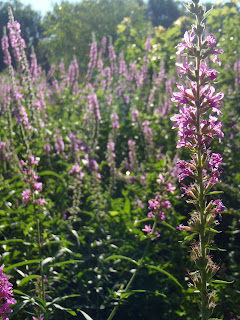 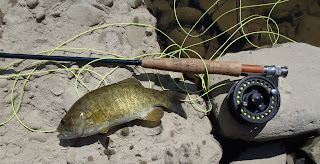 The must-have fish and rod picture 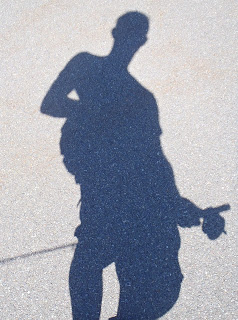 I managed to pull three better-than-stream sized smallies from the Chenango after forgoing the bugger and switching to a clouser minnow.  I may have a new favorite fly, but I'll need more field testing to be sure.  I guess that means another trip to the fly shop...

...of course I'll never get out again if this rain doesn't stop.