The end of summer is upon us and with that comes hurricanes (apparently) and me sucking at catching fish (apparently).  Right before Irene came through I did some fishing and managed 5 smallies on the fly rod off the East Branch Perkiomen.  As soon as the rain started the bite stopped and I haven't had a bass on the fly since.  I managed to get a white perch and a couple fall fish while fly fishing adding to my species count.  With my mediocre flies not producing, I have started spin fishing again and managed a couple decent, for me, bass.  I've been mainly using a chartreuse buzz bait and getting some explosive reactions. 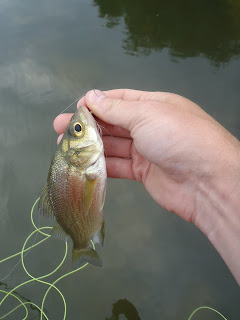 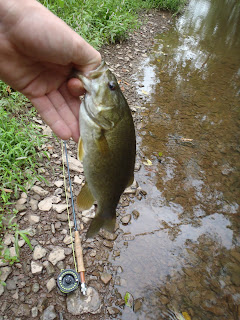 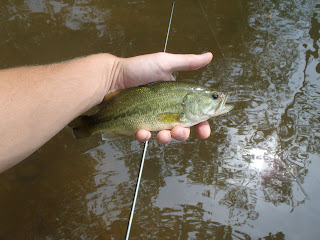 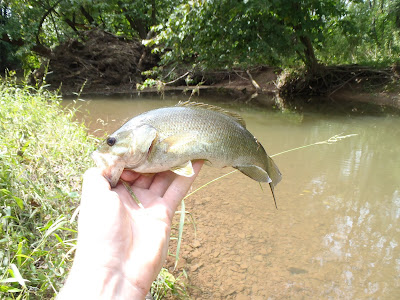 And that's where the fishing part of the blog stops.

Irene came through and gave the area some hefty flooding.  I had to work the morning of the storm when the water was the highest which meant I had to find a route that didn't pass over any creeks or streams.  I wish I got more pictures that day but by the time I got out of work the water was back down to an unremarkable level.  Some trees were knocked down, some cars were stranded in the middle of bridges they thought they could ford, but most came through unscathed.  The Nockamixon spill way was cleared of most its weeds and left them in the trees. 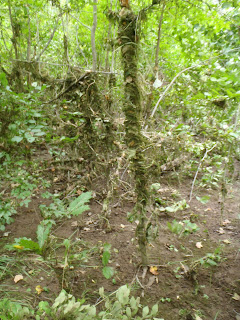 I stumbled across a new edible mushroom for me to try.  The black trumpet.  I picked about a pound in a small area, but have yet to find a recipe that really stands out and showcases the mushrooms flavor.  I think I will experiment a little and see what works best.  I was already going to make an alfredo sauce, so I will toss some in there.  They smell like a peach or apricot and not like a mushroom at all. 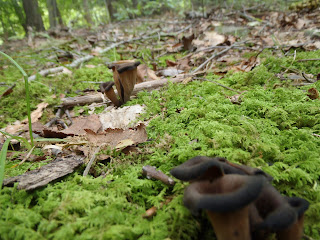 Do you know what smells worse than a skunk? 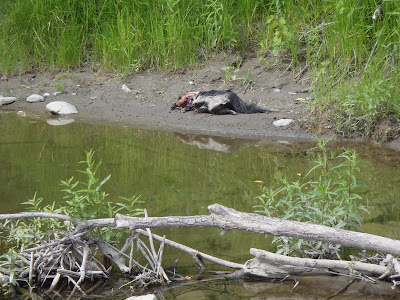 A skunk that's rotting on a muddy river bank.

I thought about grabbing some of the skunks fur to make some flies but decided against it.  The catfish might like them.

I'm hoping that's not a sign of the fishing to come.