has left me again to go back to school.  Twenty more months left and no more of this waiting.  We did have a nice last week together in Myrtle Beach and I managed to get a few hours of fishing in between the go karts, the searching for slightly less packed restaurants in the rain, and trying to catch some waves.  I have only started to salt water fish this last year or so and have never attempted surf fishing until this trip.  So I researched, bought a surf rod and appropriate tackle and learned how to catch the biggest fish of my life.  Once I got to the shore, I threw all that away and casted out the smallest kastmaster I had in hopes of catching some new species.  On my second cast I caught an 8" bluefish.  I spent the next two hours using that lure and a much larger kast master and wrangled in 3 more fish. I then spent the next hour after that identifying them... hopefully I got them right. 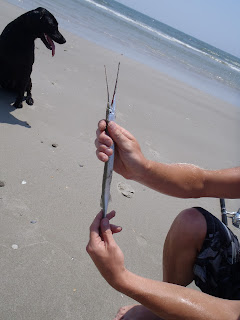 A needle of a needlefish 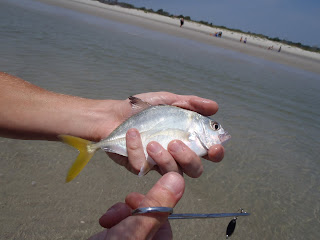 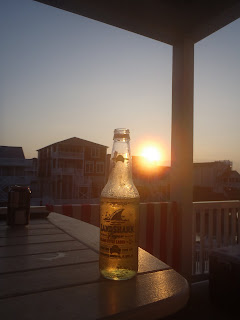 My fishing partner helped out for a little bit.   He's getting quiet adept at catching my fish before I do and re-catching them shortly after release. 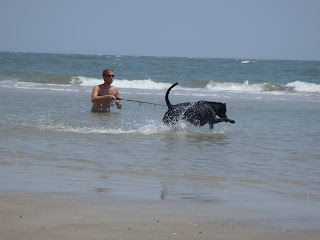 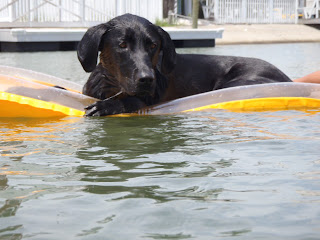 I did see some fish about 6 inches long breaking on the surface at one point with dinner plate sized slabs of silver flashing underneath but despite my running to the tackle box, tying on new lures, chasing after the fish, and repeating, I couldn't get any to hook up.

I did enjoy catching a couple of new, cool looking fish and fishing in a whole different way.  The rest of the week after I caught these fish I tried fishing but the waves were just too strong.  Hurricane Emily was only  over Haiti and the waves were getting bigger and more violent everyday.  It made me want to see what the full power of a hurricane could bring. But not that much.

With Jackie back in school becoming a doctor, I'll have the next few months to myself which will allow me to spend more time with my second love... fishing.  Hopefully the posts get more frequent and more awe-inspiring.  Most likely, they won't, but there's still some water nearby I haven't yet tried, the spillway I have yet to tame, that kayak flounder trip I have been meaning to take, and that cruising carp I'm still stalking.
Posted by Stealth at 22:36