Where have I been?  I have only had one real post since June.  A snap of the fingers and the months have flown by and we are almost at August.  My fishing hasn't been much since my last post, my fly fishing less than that, and my fly tying non-existent.  I have worked a little on the list.  This included a muskie following my lure and catching a few minnows in search of a wild trout.  Most of my fishing I have done has been at the local stream and pond.  There was an outing to the shore for some flounder- which I did catch- but the photos have eluded me.  All I've got is a picture of this guy.


There was also some time spent on the James River which only brought a few small smallmouth and fall fish to hand.  The water there was some of the clearest I have ever fished which affected my game I think.  I had many follows but most fish would turn away upon closer inspection.  Even my go to flies and lures were being shut down.  Jackie managed just as many fish as me after ignoring most of my advice (smart girl).  I am proud of her as she picked her lures, caught her fish and unhooked them all on her own.  There's still hope for her.


The rest of the shots are pictures from some top water action today.  Most fish came on buzzbaits with a couple hitting a fluke.  It has been a long time since I have actively pursued Perkiomen Creek smallies.  My old fishing holes seem to have filled in and new ones opened in the last two years.  Next time I will be taking my fly rod for that 15+ incher that got away.  The largemouth came from Pickmeup Pond.  It seems as though the average size has bumped up two inches since April.  The trick was keeping the fish out of the weed mats on the bottom and the duckweed soup on top.  All fish didn't hesitate to slam a buzzbait through the slop. 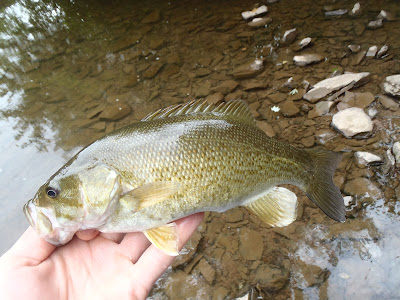 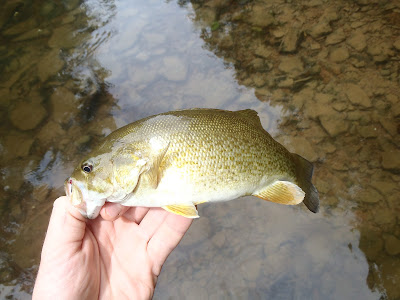 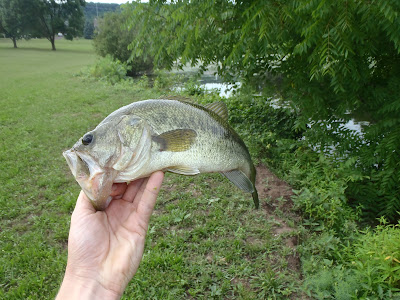 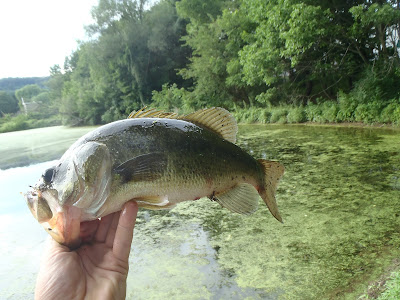 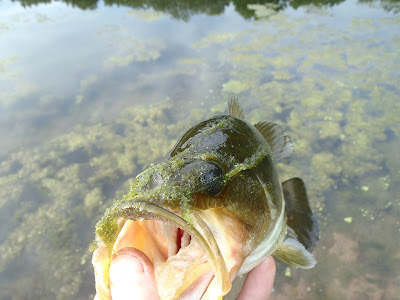 Maybe my next post will be of the dragon fly pattern I have bouncing around in my head... but probably not. 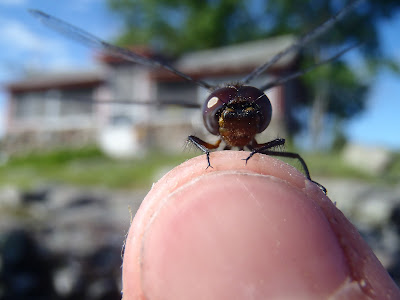