Progression of the October Snow

I heard the weather channel calling it "snowtober" yesterday.  I hate when portmanteaus are made out of words that don't belong together but someone smashed them into one word to sound cool.  It doesn't sound cool.  You sound like a tool.

Moving on.  We got snow.  In October.  Not really that rare for me but I didn't think it would have accumulated to more than half a foot.  I have trick or treated in snow before and have had an ice storm on October 13th before.  It's just a little too early for my liking.

I took some pictures of the progression of the storm because I was without power for twelve plus hours yesterday.  I did organize my fishing stuff, tie a few flies, dedust/cat fur my computer and threw a bunch of birds at some pigs.

Oh, I also dropped my phone in the toilet and lost the front half of my kayak rack to a  power line dangling over the road.  I think that's a goner unless I see it on my way into work tomorrow. 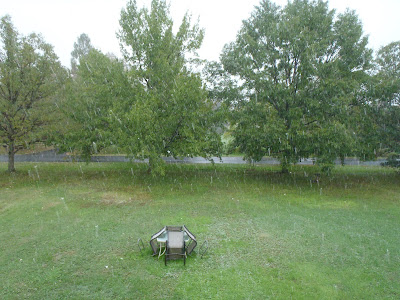 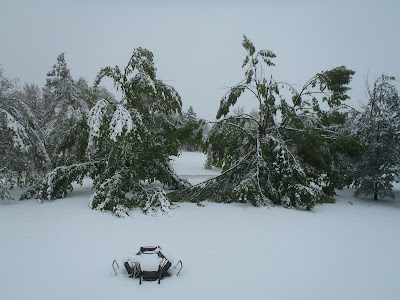 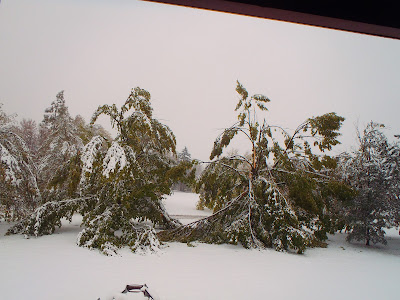 Notice all the tree limbs down.  The sound of limbs breaking was unreal while I was shoveling.

My first attempt at a double bunny fly. All I had was a small Bass Pro Shop catalog to look at, but I was happy with the results.  It was meaty enough I think for a toothy fish to want it.  Now to tie more in different colors.  If you'll excuse me I'm going to showerleep.