Once we arrived on the island we unpacked and then wasted no time getting to the fishing.  I made the decision to go at this trip without worms or minnows which have always been staples on our past trips to the lake.  We both still wanted to have bait under the bobbers while we fished with lures so our first step was to catch bait.  We tried our normal techniques until I decided the fly rod would be a (slightly) more efficient method.  There were plenty of perch and bluegills caught for bait but the trick was only catching the small ones.  I think this is the only time in my life were I wanted to catch as small of a fish as possible.

After bait was caught we threw lots of lures off the rocks of the island with no success.  The bobbers started to go down pretty regularly however and netted us a good amount of fish over the next three days.  As always with me, there were plenty of fish missed but eventually we started catching more than we were missing. 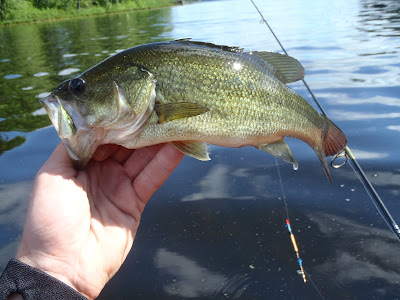 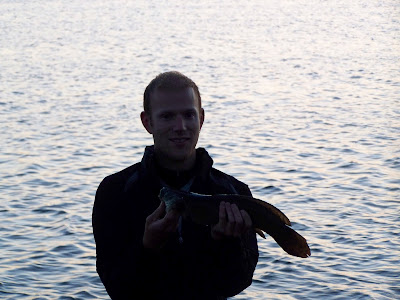 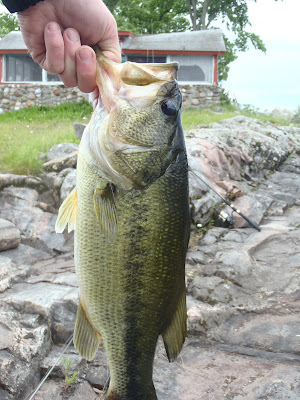 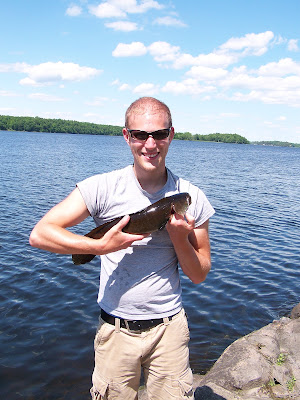 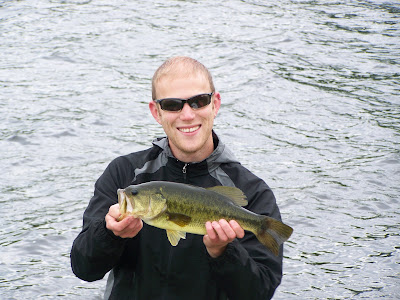 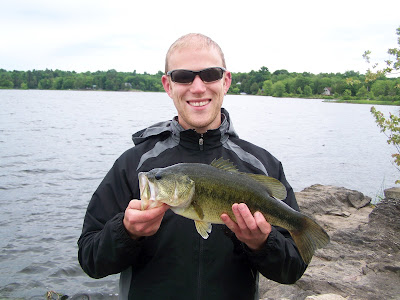 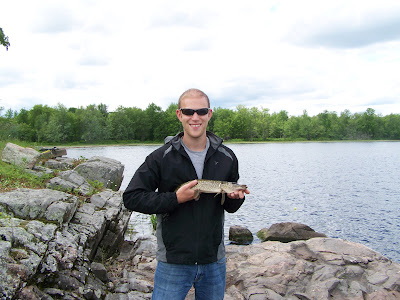 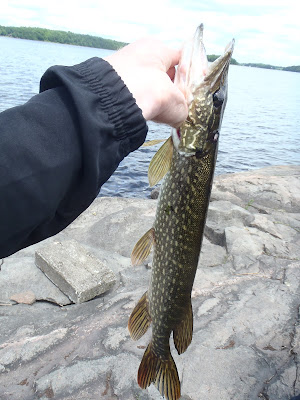 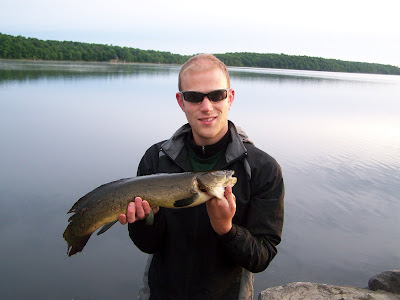 I love those bowfin.  If they hit lures or flies more readily I think I would have a different favorite fish.  They have a distinct prehistoric look to them and are made of only teeth and muscle.  I am planning to do a separate post about them later on for those who may have never caught or seen one before.

Even though we both tried, I was the only one who managed to catch any fish on lures.  The only lure that seemed to be working was a yellow and red Cabelas spoon.  You can see that spoon in the picture with the perch.  It seemed that the pike were moving out of the 4-8 feet deep bay in search of slightly deeper water which meant we needed to try and find them from our kayaks.  Unfortunately, the wind had other plans then we did and kayak fishing was pretty difficult. 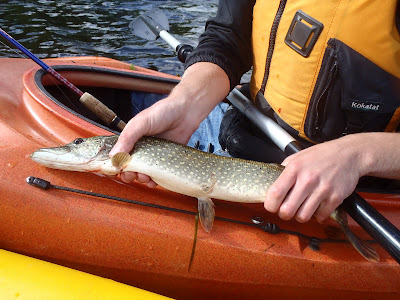 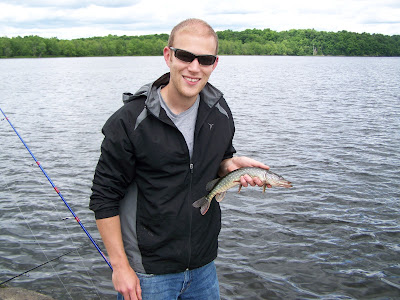 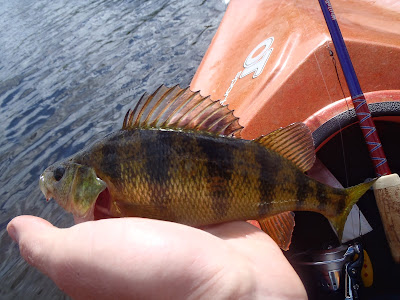 I did try a good amount of time to catch a pike on the fly rod and knock off another item from the challenge list.  But, I failed.  The only fish I managed while trying to obtain that goal was a hefty 17 inch bass.  I caught it on one of my deer hair Dahlberg divers with a rabbit strip tail.  Each one of those flies takes an hour for me to tie so I was glad it landed at least one fish.  I did have a few more hits on it and had a hard time straying to a different pattern after I landed this fish on the Dahlberg. 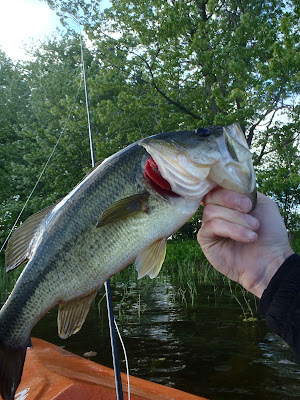 No fish of real size were cau-

What's that? I forgot about one?  Oh, I guess that fish will have to wait till the next post.